Connecting you with the Subconscious 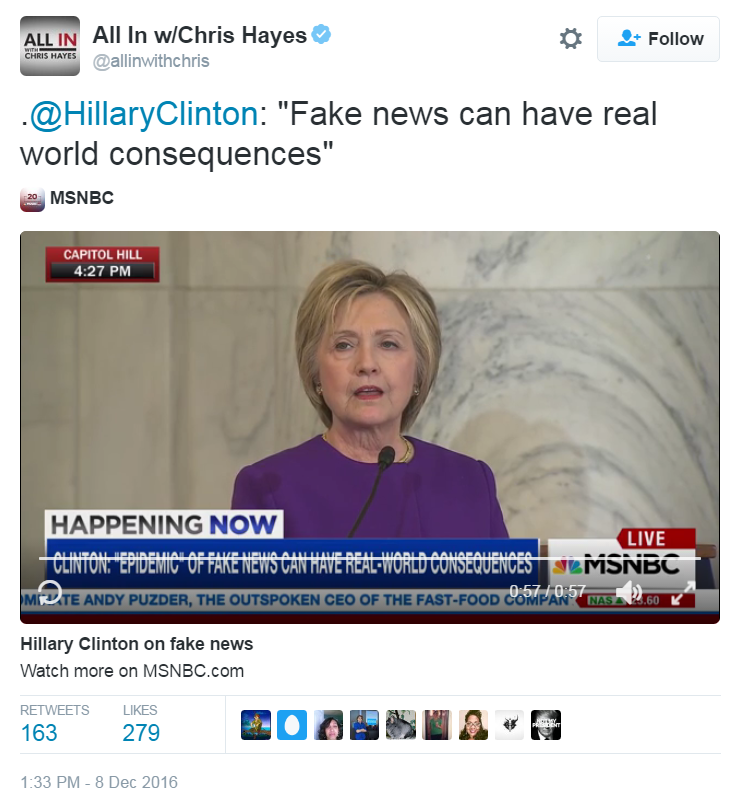 It’s been a while since we’ve seen any type of speech by Hillary Clinton and the topic that she chooses is directly related to ‘fake news.’ If you have followed what the MSM is calling ‘fake news’, you’ll know that Hillary Clinton and nearly everyone that she’s surrounded herself with has been the topic of the ‘fake news.’ Seeing that she is still fighting this subject and that congress is pressing to support her by passing laws designed to support the fight against ‘fake news’, we’re going to the cards today to see if the motivations that Hillary has are pure.

Also note in the attached video that she’s reading a canned speech. She is practiced at doing so – she is a career politician. She’s polished at putting energy behind the words to make the speech sound like it comes from her heart, yet it’s really an intellectual, emotionless, statement.

So, we want the cards to help us understand what’s motivating her to speak about this topic. We want to know if she has a hidden agenda and if she’s keeping secrets from the public. Is she altruistic in this cause?

Here, ‘Fake News’ articles or videos are news reports where the author or producer has done investigative research on an issue and presents his (or her) opinion of the situation while providing their supportive evidence. Because this is so close to the definition of a standard research paper or video, we will limit the collection of articles and videos to the set that specifically challenge the new narrative of the main stream media (MSM) companies or political organizations. We will add that ‘fake news’ reports are quite often suppressed by the MSM and the law enforcement agencies quite often suppress any formal investigation of the topic which could prove, with reasonable confidence, if the research was done accurately or not.

The feeling that I get reflecting on the questions and reviewing the cards is that Hillary really doesn’t care one way or another because she’s going to do what she does regardless of the situation or the consequences. She might be feeling that this is an inevitable ending to her political efforts. The political system will support this effort in a Manipulative, tyrannical, abusive way and the MSM will treat it as a project to report on. In the end, the public will be left feeling unsatisfied because there has been no follow-through.

C6 – What card represents how the political system will support the effort of suppressing ‘fake news’? (C) King of swords reversed.

C7 – What card represents how the MSM will support the effort of suppressing ‘fake news’? (C) 2 of wands.

C8 – What card represents how the public will respond to Hillary’s push to outlaw ‘fake news’ sites or incriminate the authors? (C) 3 of pentacles reversed.

I Illustrated a Children’s Book!